I live in an imperfect town, but it’s home nonetheless. This column by another Southerner explains this ambivalence as well as anything. But fortunately for me, for all it’s imperfection, Birmingham, Alabama has some award-winning, James-Beard-recognized, Iron-Chef-defeating chefs doing some spellbinding work here. If you’re ever in the neighborhood, I highly recommend the following (in no particular order):

Other places to try:

Gallivanting General Shenanigans Give me some sugar. I reckon... My giggle box is turned over. Sit a spell Southern Fare Things I grow Things I just made up 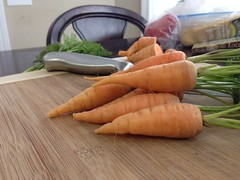